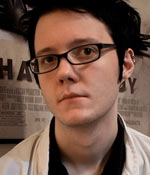 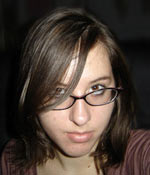 The Birthday Massacre is truly a truly remarkable blend of fantasy and horror. Sure, you could use words like “metal,” “goth,” or even “powerpop” to describe such a sound, but “dreamy” and “surreal” do them far more justice. It’s a sound so uniquely visual, you might describe it more like a painting or a feeling. It’s as if the story of David Fincher’s Seven appeared like Alice in Wonderland, but everything was a creamy shade of violet.

TBMChicago was originally created as a resource. A meeting spot. A base of operations. It’s awas place for all the Chicago kids to come together and help the less fortunate – you know, those who didn’t know about TBM yet. We wanted to make a place where everyone we know, and all those we haven’t met, could get in on the action. We wanted more TBM stuff, and we wanted all the people around us to want it too!

As time went on, “Chicago” turned into “The Midwest.” After the band was signed to a major US label in 2005 (we win), we decided our promotional goals have been achieved. It was time to turn this site over to the fans.

When v2.0 of the site launched in February of 2006, our mission with the site had changed drastically. We no longer wanted TBMChicago to be a promotional outlet, and we wanted fans from all over the world to feel welcome. Our biggest goal, however, was to allow this site to be really run by the fans. Their own fan art, photos, and content is what now brings this site together.