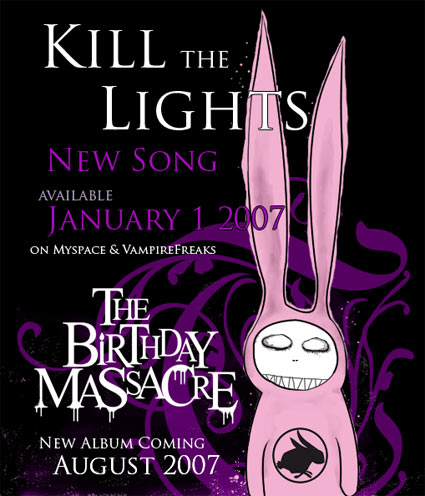 The Birthday Massacre has just released the following announcement via their official site.

On January 1st, we will be releasing a cut of Kill the Lights off our upcoming album. It will be available for your listening pleasure on our Myspace and VampireFreaks.

Meanwhile, the latest rumors have all but been confirmed. For weeks there’s been talk of the new album being finished, and now an August 2007 release has officially been set. Inside sources say several tracks need to be revised, but “first draft” versions of the tracks have all been recorded. Release dates this far in advances are commonly pushed back, but with any luck we’ll be seeing another release on Metropolis later this year.